The DevOps Engineer is critical to the Kraken platform and infrastructure. You are smart, highly skilled, and self-motivated, with a penchant for out-of-the-box thinking. You are a developer who is interested in deployment and network operations, or you're already somewhere on the journey to being a fully fledged DevOps practitioner.

You'll be joining the production engineering team to provide software engineering and cloud infrastructure support and advice across the public-facing businesses, as well as becoming part of the wider DevSecOps team, and the global (and world-class) Security, IT and DevOps team.

You'll become a member of a 14-16 FTE DevSecOps team, and will be expected to contribute and learn across the full cloud engineering stack. You will be (or will become) a "T-shaped" individual with enormous potential to further your career in the burgeoning DevSecOps domain, with the guidance of industry leaders in Security and DevOps, and alongside a mature team of true polyglots and talented microservices developers.

At Kraken, our culture and our people are at the core of our strategy, and the future growth and health of our company rests on our ability to attract and retain the very best talent in the industry. 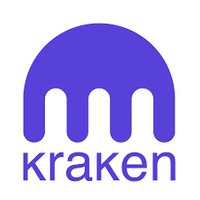